VIP Voice Review – Legitimate Or A Big Waste Of Time?

VIP Voice is an online research panel owned and operated by the NPD Group.

Its parent company was founded in 1967 to provide market information and advisory services to businesses in order to improve decision making.

Today it boasts over 3 million users on its panel and an active and diverse array of available survey industries. It also outsources some of its survey taking operations to the Toluna Group.

VIP Voice has associations with some of the world’s leading companies to help develop them with product development, pricing, distribution and other major decisions by assessing the opinions of consumers as well as retailers.

As members of the online research community, VIP Voice’s users have a direct impact about the products they buy, the services they use, the stores they shop in and more.

Some of the key features of VIP Voice’s panel system include: 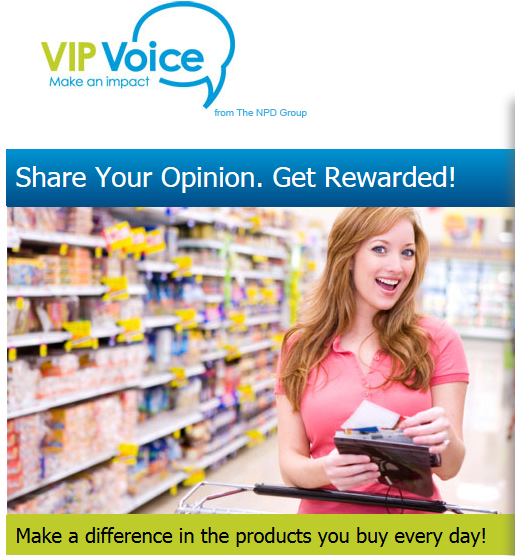 Pros – The Pro Of VIP Voice

Has a large panel community of over 3 million users. Though the comments on most review sites and message boards reads otherwise, the website itself claims that “thousands” of people win prizes each month in its sweepstakes draws.

Invitations for surveys via email are frequent. The average frequency of available surveys per week is around 3-5.

Some users have complemented how despite their lack of rewards, they will not bombard your inbox with surveys or third-party spam or sell your email addresses and cash off through such means.

However with that said, some users have mentioned how some of VV’s surveys are identical to one another and rather than being used to identify genuine consumers’ opinions, are used more for product and brand advertising and messaging.

The surveys provided by the panel are usually short ranging from 5-15 minutes in length.

However, quite a number of such surveys are outsourced to Toluna – which has a less than stellar reputation across the online research community (is in fact ranked second from last on www.surveypolice.com).

Another excellent benefit that VIP Voice offers is a $5,000 scholarship opportunity for students.

Though ethically questionable, some users have commented how VIP Voice does not bother to check the legitimacy and consistency of your responses.

A few users have even written how by just clicking either “yes” or “no” to all questions, they would still receive the same points than had they answered the questions with genuine thought and honesty.

The rationale for such behaviour is ascribed to their “reward” system which numerous former and current users have alleged to be bogus and a house of cards. 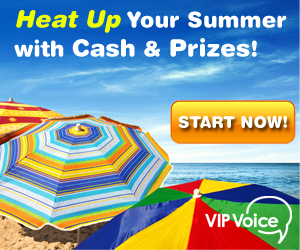 Cons – The Cons Of VIP Voice

This means that out of over 214 survey websites listed, VIP Voice was ranked 10th from last according to the views of surveypolice members.

Many current and former members (the majority of whom have spent at least 1 year on the panel) have reported how in all their time filling out surveys on VIP Voice, they have never won any sort of prizes for their time spent.

Rather than receive direct cash or cash-equivalents (like gift cards, air miles, etc.), you get paid with a “chance” to win a prize.

Quite a few users have even mentioned how after spending a very long time on the site (as much as 7 to 8 years), they have never received any sort of rewards for their efforts.

Many users across various sites have described their system as a “waste of time” and not “offering any real rewards.”

On the website’s monthly winners list, around half of the prizes offered to be rewarded do not have winners listed.

This presumably indicates that more often than not, most users of the site do not win anything despite perhaps accumulating a substantial amount of points on a daily, weekly or monthly basis.

Despite many of their surveys being short and relatively easy to complete, a number of users have mentioned how they are constantly sent the same or very similar surveys over and over again.

One user even cites how after receiving the same looking survey a number of times, he was motivated to report to VV directly and state how they were blatantly advertising other companies’ products and not at all interested of the genuine opinions of its users.

VIP Voice is unique in the sense that unlike most other paid survey websites, it does not offer any direct payment methods to members.

Not surprisingly, this feature is also its greatest disadvantage. As odd as it sounds, VIP Voice is probably one of the closest things to a non-paying survey site that you can come across in the whole paid survey market.

Most comments spread across the various paid survey review websites, message boards and forums all point out how VIP Voice does not pay its members anything in the form of real rewards, but instead merely wastes their time.

A large number of members – most of whom have spent at least 1 year with the site – have reported that they have never received any sort of prize or gift from their for their survey-taking efforts.

Even worse, many of the same users have also commented how they are all too eager to exit the panel in the near future out of sheer frustration in not receiving anything for their time invested.

The final judgement on VIP Voice is that, though the site has a flawed and unrewarding “reward” system, it is in fact legitimate.

With that said, very few users have actually reported winning anything at all on the panel – with most users leaving empty-handed and feeling as if they could have put their time to better use. But that’s just our opinion/experience. If you’d like to try it for yourself, you can setup a free account here.

Survey Police’s reviewers are not at all off the mark when they have ranked VIP Voice as their 10th worst rated paid survey site.

Simply put, taking surveys just for the sake of taking up surveys is just not incentive enough for most people who have access to far better online web panels who genuinely reward their members with cash and other tangibles.

The best suggestion would be to steer clear away from this site and join sites that can and will actually promise to pay up regularly like Swagbucks, Opinion Outpost, MySurvey.

Be sure to also check out these posts for two of my favorite surveys sites – my Swagbucks Review and my MySurvey Review.