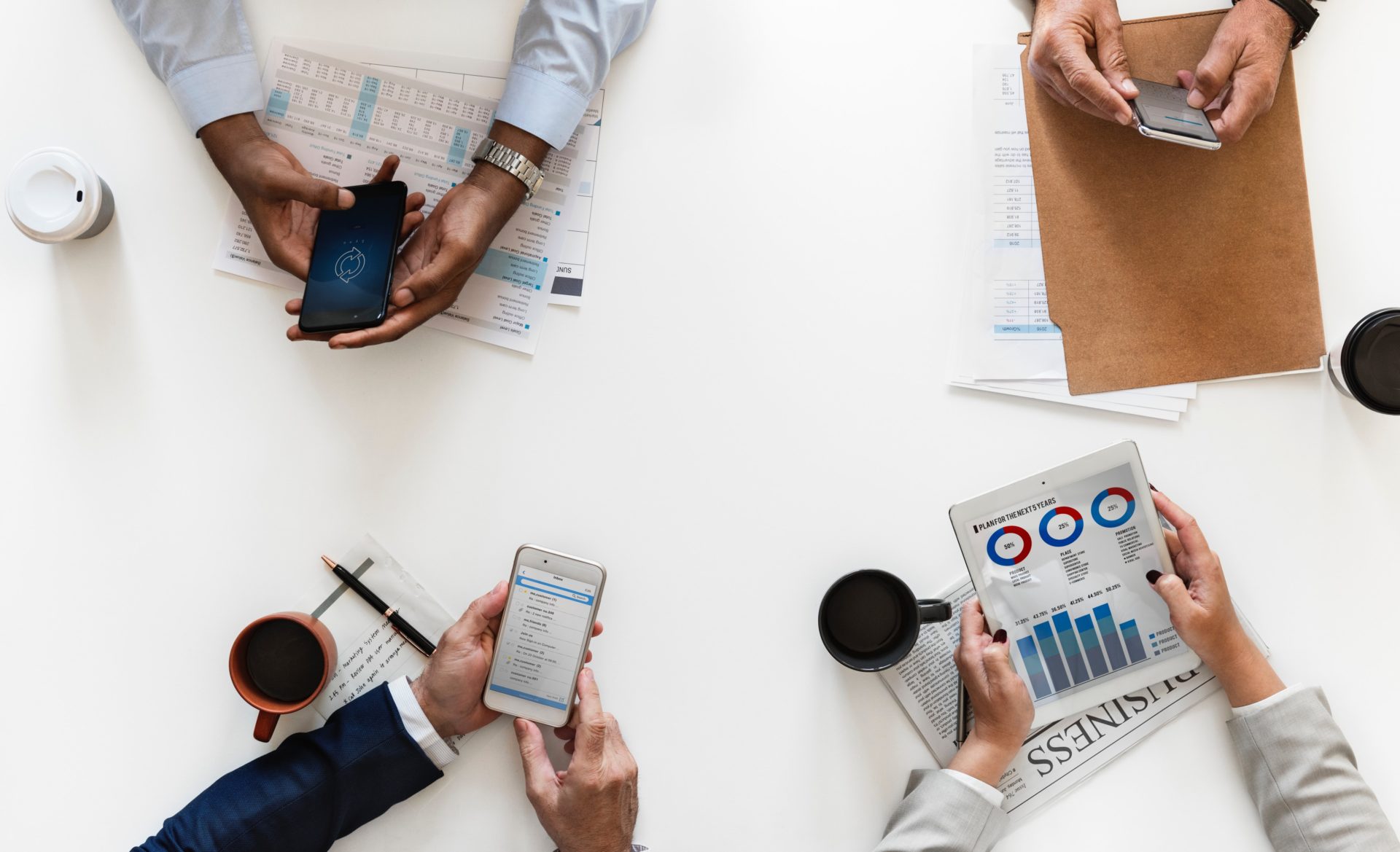 RewardSurvey keeps it straight forward: they reward users for taking surveys. It’s so easy and quick, you can earn almost $100 in reward points in just 15 minutes. That’s less time than an episode of your latest binge-watching obsession!

Instead, you can redeem the points for magazine subscriptions, monthly product boxes, and occasionally gift cards. But is it a legitimate website worthy of your time? 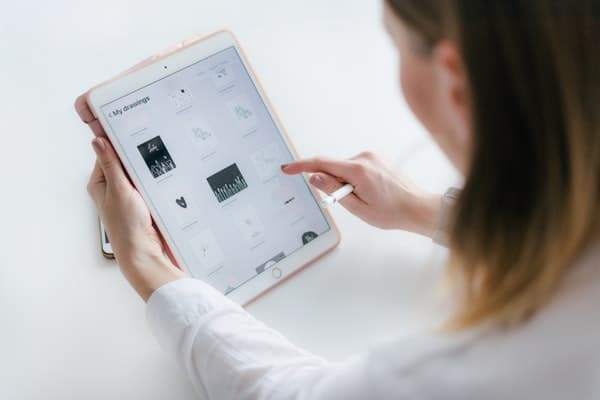 Since 2012, they have conducted online surveys to help companies improve their services. And they certainly got lucky with their domain name! Because so many people search for reward survey, they chose the name so the website could rank high on search results.

Participants earn points by taking surveys and then exchange points for magazines. Additionally, they have a $25,000 Dream Maker Sweepstakes that participants can enter daily.

Sounds easy enough, right? Just like their name, the process is pretty straight-forward. 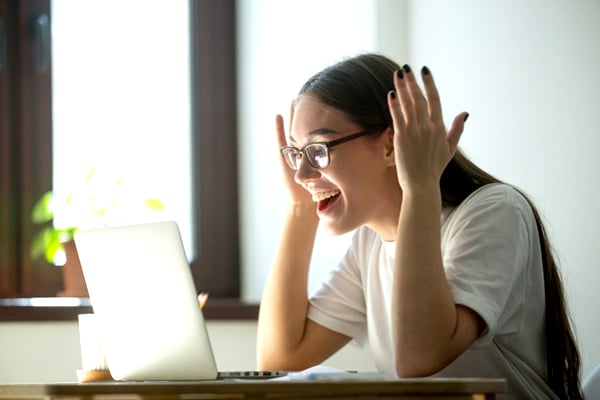 When you land on the website, there’s a sign-up form with the exclamation “Claim your instant $30 reward!” The form simply asks for your first and last name, email, password, and country. And there is no cost to sign up!

Every week they publish new surveys covering a variety of topics, such as sports, fashion, pet care, travel, science, grocery shopping, and even things as specific as facial tissues or cereal. After completing a survey, the site redirects the user to the magazine reward store.

Participants can redeem their points immediately or save them for more expensive rewards and better magazine subscriptions. But they can’t wait too long — the reward points expire after six months of inactive redemption activity.

Users can also use their points to gift subscriptions to friends and family. And they will occasionally offer gift cards and prizes like discounted movie tickets or subscription boxes. Plus, they are holding a $25,000 Dream Maker Sweepstakes, which participants can enter once a day!

In addition to the benefits for survey participants, they also offer an affiliate program. So if you have a website, you can earn cash by directing your visitors to their site. But you only get paid for every new email sign-up, not for every click or new visitor.

Their emphasis on community

RewardSurvey also encourages participants to join their Facebook​community. They post about new surveys in their group almost every week and are quick to reply to comments. Participants can also ask questions about current rewards and suggest new ones.

And because they share in the group regularly, they will post about surveys that are relevant to the holiday season or time of year as well.

With only general information available on their website, they can use the Facebook group to announce changes and highlight prizes for people who have not yet joined the survey site. They also hold contests in the group for more chances to win rewards.

How RewardSurvey Compares with Other Survey Sites

Overall, they have limited options compared to other survey sites, but offering fewer rewards may also be their strength.

Since 2005, Swagbucks has been a dominant player in the paid survey game, rewarding users as young as 13 years old for participating.

As of 2019, their user rating on SurveyPolice is barely 3.0 out of 5 stars, with many of the 205 reviews on both extremes of the spectrum. In contrast, they have 4.0 out of 5 stars on Trustpilot, with just seven percent of responses in the range of one to two stars.

In addition to surveys, Swagbucks also has its own search engine or videos to watch on their platform. Users earn SBs (reward points) by participating in any of their activities and can redeem those points for cash or gift cards.

Comparatively, RewardSurvey is quite limited in its offerings. They do have an affiliate program you can apply to, but you have to have a website to participate.

With over 1,400 reviews in 2019, PaidViewpoint is the highest user-rated site on SurveyPolice with over 4.0 out of 5 stars.

And it’s easy to see why: The biggest perk to using PaidViewpoint is their cash-out system. They reward a cash amount for each survey completed, which can be paid via Paypal, or converted into gift cards.

They also have a unique community feature called TrustScore. Users can increase their score by taking surveys consistently, and as their score increases, their potential earnings increase, too. Plus they have a refer-a-friend program, which rewards users 20 percent of the amount their referred friends earn.

But overall, the cash reward for each survey isn’t necessarily large. That means it can take a while to accumulate the minimum $15 to cash out. RewardSurvey always grants participants $30 in reward points, except in the case of special offers like tickets or gift cards.

That being said, PaidViewpoint is the better choice for anyone who wants to earn cash by taking surveys.

Since 2016, RewardBee has been doing almost the same thing as RewardSurvey: asking users to take surveys in exchange for magazine subscriptions.

But with RewardBee, points never expire and you can earn points by playing games as well. The rating by Consumers Advocate reflects this with almost 4.5 out of 5 stars. But Paid From Surveys only gives them a 1.7 out of 5.

So if you want to take surveys to earn magazine subscriptions, RewardBee may be the better choice over RewardSurvey.

Pros and Cons of RewardSurvey

Unless you’re really into magazines, there seem to be more disadvantages than benefits.

Magazine subscriptions can seem like a frivolous expense if you are living on a lean budget. But if you take a few surveys each week, you can earn those subscriptions for free!

Some magazines also have the option for digital subscriptions as well. And the turnaround time to receive your first issue is within 2 to 6 weeks after confirming your order.

Plus, you can gift subscriptions to friends and family — another great benefit for anyone living on a tight budget.

And best of all, you can enter the $25,000 Dream Maker Sweepstakes. Their users are eligible to participate by logging into their accounts and may enter once a day.

If you’re looking for a consistent, alternative source of income, this is not an option. Occasionally they offer gift cards, and they have introduced subscription boxes like Scentbird and Naked Wines. But they do not offer a cash transfer option, and it does not seem they will do so any time soon.

It’s also a particular type of reward, with minimal variation. Many users have complained about magazines being limited to new subscribers only. In other words, you can’t use your reward points to renew a magazine subscription.

And this leads into one of the most significant complaints users have about the website: the requirement for credit card information.

When redeeming reward points, some magazine subscriptions will have a processing fee of 99 cents. And because participants can’t use their reward balance to cover it, they have to provide payment information to the company.

A fee of 99 cents may not seem like much, but they describe their rewards as no-cost magazines. As a result, users expect there to be, well, no cost. Plus, once the magazine has your payment information, they can automatically renew your subscription if you don’t change your preferences with the company.

And if you have any problems or questions you want immediately answered, your only options are email and the Facebook group. They do not list a phone number to call, and they do not have any chat options either.

So if you’re not careful, using RewardSurvey could cost you more than what you earn from the website in the long run.

The Merriam-Webster definition of scam is “a fraudulent or deceptive act or operation.” While RewardSurvey does not seem to be fraudulent, their methods of operation seem questionably deceptive.

For example, when you sign up for an account, there is nothing to confirm your age. They only state their age requirement for participants in its Frequently Asked Questions and priv​​acy policy. It seems strange that they do not have any steps in place to prevent underage participants from using the website.

In fact, they don’t seem to have any qualifying or disqualifying factors to take any of their surveys. So then what is the quality of research work they’re conducting? They may collect demographic information, but how are they generating quality data for their partners?

Magazine subscriptions appear to be the core business of their parent company, M2 Media Group. Their products include:

They have limited options within their magazine offerings, and although they sometimes offer gift cards or subscription boxes, they don’t seem to make it worth your time.

Plus, if you don’t want subscriptions to renew automatically, you will need to be careful of which prizes you redeem. And that just sounds like an unnecessary chore — participating in survey websites should be fun!

Have you used it? What do you think? Let us know in the comments!