Opinion Outpost Review – Everything You Need To Know 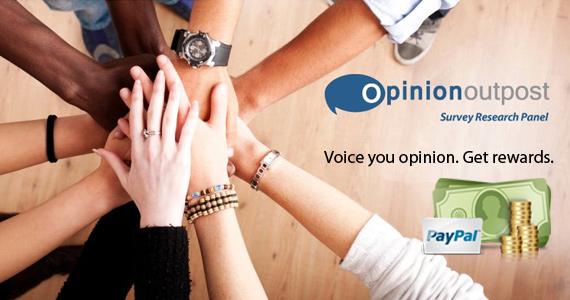 Opinion Outpost is an online survey-panel owned and operated by the global sampling and survey company, Survey Sampling International (SSI). Both Opinion Outpost’s and SSI’s headquarters are based out of Shelton, Connecticut. Users of Opinion Outpost can receive payment simply for completing surveys online.

How does opinion outpost work?

Companies often benefit from learning key information from surveys on a wide variety of people. Many companies large and small will go to Opinion Outpost for help in collecting answers to their survey questions, and the users of Opinion Outpost will be rewarded for filling in the online surveys.

Users can choose to take up as many surveys as they like (subject to qualifications criteria of certain surveys) and move at their own pace (flexible hours dictated by the users themselves). The emphasis is on working from home – at the convenience of its users. Making money from home can often be quite difficult, so that is where websites and services such as Opinion Outpost come in really handy for people looking to earn money from the comfort of their own home.

The key features of Opinion Outpost’s paneling system include:

For companies (the clients), Opinion Outpost presents an attractive medium by which to release their surveys to participants of vastly different demographics and backgrounds.

As is the case for many other survey panels with similar business models, clients’ (the companies conducting the surveys) costs for using Opinion Outpost will vary depending on the number of questions asked, the number of survey respondents needed and any screening specified.

For users of Opinion Outpost, membership and access to the website and its services are absolutely free.

Participation of surveys is also free (subject to any screening out conditions).

The near-instant payments (using PayPal or Amazon gift cards) provided by the site can serve as extra pocket money for active users.

All you have to do is sign up for an account with Opinion Outpost and you can pretty much start making money right away.

Especially considering the fact that the redemption or “cash out” rate is among the lowest in the market – at a mere $5 or 50 points for Amazon and $10 for PayPal. 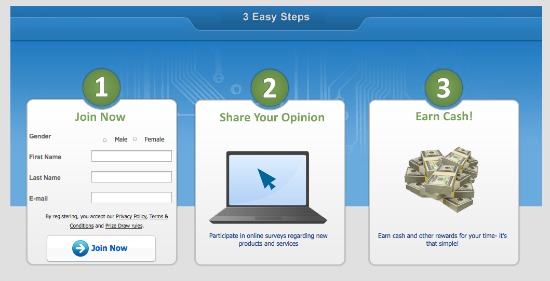 The Pros Of Opinion Outpost

Payment processing is among the fastest in the market.

Users who choose to receive payments via PayPal account or their Amazon gift cards have their transactions processing right away with little delay.

Many users have mentioned how the entire process takes a matter of minutes from clicking the redeem button to checking their account balances on PayPal or Amazon.

This is further reinforced by the fact that the industry standard across other websites is usually in the range of 4-6 weeks to receive payment and cash out members’ balances.

The redemption rate – at a mere $5 or 50 points for Amazon and $10 for PayPal – is among the lowest in the market.

It does not take very long to reach the minimum amount which can be cashed out promptly, especially when transacting using PayPal or Amazon accounts.

In fact, the minimum amounts can be reached in less than a day or two with many users writing how they cash out multiple times in a week for their spending wants.

Though the payment per survey varies but is usually low, the low cash-out rates and the speedy transaction times can seriously add up over time.

Many users have mentioned how Opinion Outpost has contributed to a steady side-income for them enabling them to buy necessities as well as merchandise, gifts and other items.

In one comment, a user mentions how she earned more than $500 doing surveys for Opinion Outpost in one year.

All active members are eligible to take part in the panel’s quarterly cash giveaway/sweepstakes of $10,000.

Additionally, the yearly draw of $40,000 is also available for members. Members simply have to sign up to the website’s ProOpinion service is order to qualify for the quarterly drawings.

Surveys are highly diverse and varied. The panel has a huge variety of different types of surveys broken down into different themes/types, durations and point rewards.

Some examples of the wide range of surveys include topics relating to electronics, medicine, politics, sports, ads, appliances, or even the contents of what you had for breakfast. The surveys will vary over time depending on the needs of the companies who are conducting the surveys.

Many users have noted how doing the surveys are enjoyable and motivate them to be more active on the site.

Survey invitations, though not as frequent as other panels, are nonetheless reliable and available. In fact many invitations are sent that are qualified or require the user to opt out and waste time on doing the survey.

Some users have commented how in addition to receiving a lot of survey invitations via email, they also got notified of product tests/test surveys and online focus groups providing higher rates than the standard studies and therefore helping them earn more money.

Besides surveys, Opinion Outpost’s referral program will award you $1.00 each time you refer a friend and they complete at least one survey. You can earn up to $5.00 in total.

Despite the high level of traffic and customer queries and complaints, the customer service team of the website also receives positive comments from users for their prompt responses (usually within one day) and relevant replies.

How Old Do You Have To Be?

The Cons Of Opinion Outpost

Some users have complained about how mid-way through survey taking, their progress suddenly freezes out causing all the data (and therefore survey points) to be erased. Along similar lines, others have reported of how their survey taking was not credited even after contacting customer support.

Some people have protested how their accounts were unfairly and unethically revoked on the pretense that they violated the panel’s terms and conditions (non-compliance). After trying to contact them to find the exact reason behind the termination, all they received were robotic and standard responses.

Though the panel does not have as many qualified surveys as other sites like Global Test Market, some users have complained about how they were screened out while in the middle of taking surveys. It can take as long as 5-10 minutes before Opinion Outpost lets the user know that he no longer qualifies – which can cause a potentially big waste of time in exchange for a paltry consolation points award.

Though many users already have Amazon or PayPal accounts before registering and using Opinion Outpost, a large number of people are nonetheless put a disadvantage when it comes to cashing out using other means like checks, credit cards, etc.

After researching based on user experiences, the overall opinion is that yes, Opinion Outpost does work, however there are quite a few complaints about bugs and the lack of customer service. It seems that the complaints of the service do not really outweigh the benefits, although that is really down to personal preference.

What kinds of organizations do they partner with for market research?

Opinion Outpost looks for partners who want to improve, create, or test a product or idea. They can be big name brands or small businesses who really need the opinions in order to grow.

If I become a member of Opinion Outpost, will I receive e-mails advertising other products and services?

No, you will not receive emails advertising other products and services. They promise that they will never sell their members’ personal information nor try to sell them anything.

Who can I talk to if I have any privacy concerns?

Conclusion – The Truth About Opinion Outpost

Quite a number of comments across various message boards and forums have users described Opinion Outpost as “the best” or “their favorite” paid survey website out there.

With instant payment processing using Amazon or PayPal, a very low cash-out amount of $5-10 and generally quick and supportive customer service, it’s hard to disagree on what the majority is saying about Opinion Outpost.

Despite the complaints of some of freezing during survey taking, inadequate to zero updating of their points balances and overall negligent customer support, the broad majority of users across various websites have reported that Opinion Outpost is completely legitimate and sincere about users’ needs.

In contrast to some websites like Toluna which have been reported by many commenters and former users to operate as a business scam, there are no such allegations when it comes to Opinion Outpost.

The website is genuine, has an advanced payment processing system and has the positive backing of many former and current users across various websites, message boards and forums.

As previously mentioned, some large websites like www.getpaidsurveys.com have given heavy praise to the panel.

It is ranked number 2 on getpaidsurveys on its top 10 list of online paid surveys (with an aggregate score of 4.4 stars out of 5 based on 139 user reviews).

The final judgment on Opinion Outpost is that it truly does live up to its praises and dominates all other paid survey websites across the board in terms of quality, frequency, payment and support.

If you are new to the world of online surveys, then Opinion Outpost is definitely a great place to start taking up surveys and earning some decent spending money swiftly and securely while not having to wait ages for your payments to arrive or questioning whether or not you’re just wasting your time doing other peoples’ work.

Other survey sites worthy of honorable mention include our personal favorite Swagbucks, as well as MySurvey, and several others.