Ipsos i-Say Review – Is It a Legit Way to Make Money or Just a Scam? 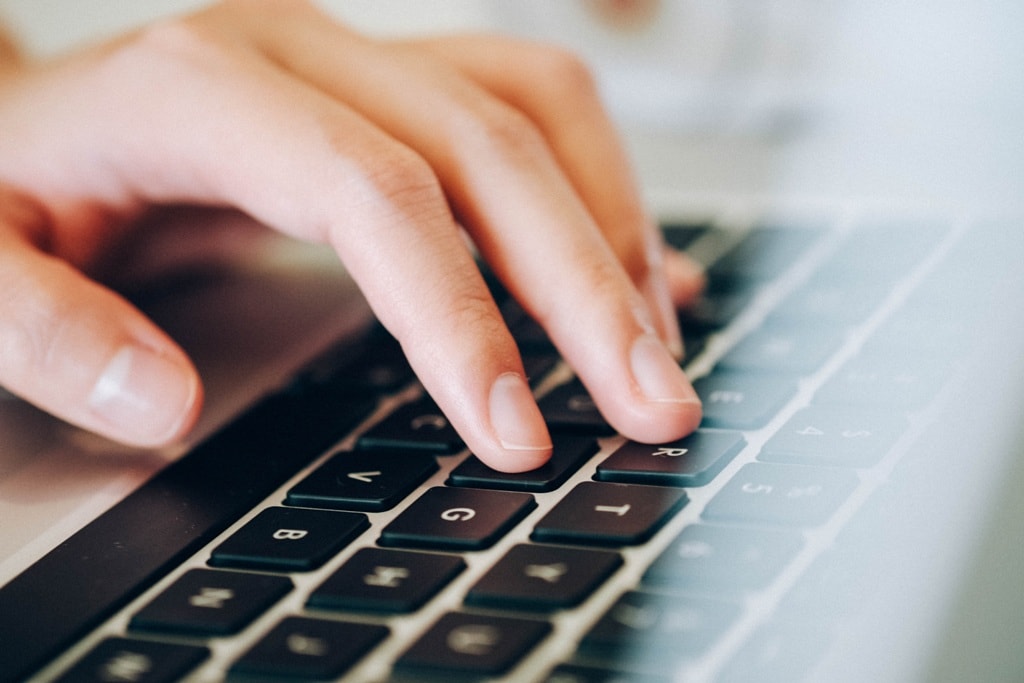 Ipsos i-Say Review – Is It Legit?

Ipsos i-Say is a survey site run by a division of Ipsos, one of the largest market research firms in the world online. The website is pretty straightforward; you take surveys and get paid in points, which you can redeem for various gift cards and prizes.

What is Ipsos i-Say?

If you are from the United States, Canada, or United Kingdom and are 18 years of age or older, you can join I-Say for free and start taking surveys. The whole process can take a few minutes, because you’ll be asked to answer some questions. The questions are similar to what you’d normally answer during pre-survey. Once you sign up, you’ll have to click the link in your confirmation email to activate your account.

How to Earn Points

Unlike other survey sites that include different offers such as product trials or downloads, Ipsos i-Say strictly focuses on surveys. You’ll get emails for survey invites, depending on whether you qualify or not. You also have a dashboard when you log in that displays the surveys you can take. 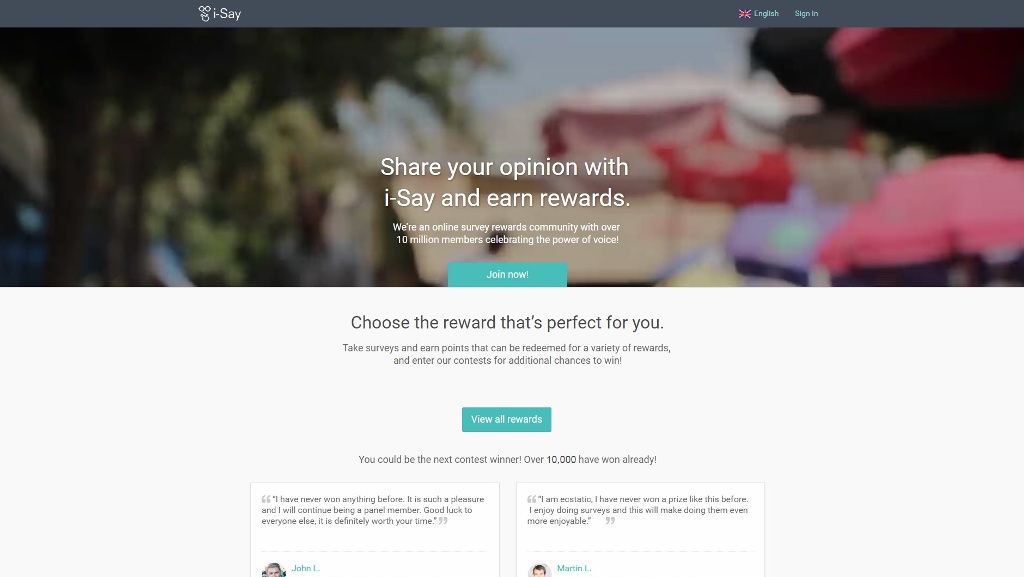 As with many other survey sites, you’ll first have to answer some qualifying questions. If you don’t qualify, you’ll get 5 points for trying. It may take a while to find surveys you qualify for, but when you do, you’ll earn a lot more, like 45 or 90 points.

On Ipsos i-Say, you’ll notice a “Polls​” section. They’re not surveys and you don’t earn points from answering “yes” or “no” on these polls, but one interesting aspect of this is the Poll Predictor. Every time you complete a survey, you’re invited to play what’s known as Poll Predictor, where you guess what percentage of people answer “Yes” to different questions. You’re awarded “chances” based on how close your guess is. You can use these chances to enter into Ipsos i-Say’s prize draws.

Polls or poll predictor are not helpful for earning points, but you can kill a minute or two if you’re burned out from taking surveys. Overall, there isn’t a whole lot of variety when earning points on Ipsos i-Say as it relies solely on surveys and answering questions.

Let Your Voice Be Heard,It’s Time To Speak Up!

Types of Rewards & How to Redeem

On Ipsos i-Say, $1 is equivalent to 100 points. Ipsos i-Say offers different types of rewards, all based on the number of points you can redeem. Here are some examples:

Electronic gift cards are almost always delivered instantly, while some rewards take longer. If you’re feeling charitable, you can make donations to Big Brothers and Sisters, Unicef, Habitat for Humanity, Nature Conservancy, Doctors Without Borders, or any other organization listed on the rewards page on the site.

You can redeem with as little as 500 points. 500 points aren’t too hard to accumulate, if you qualify for the right surveys. Seeing how some surveys pay up to 90 points, you can find a few of those and be on your way to redeeming your first prize. You can also redeem 250 points by entering in sweepstakes. The prizes depend on the sweepstakes; you can win a travel package or an eGift card. You get one entry before the deadline.

If in a calendar year (January 1st through December 31st) you complete 200 surveys, you get awarded 600 bonus points. The number of surveys taken does not carry over to the following year. Of course, the trick is to complete as many surveys as possible, which can be hard if you don’t qualify for a lot of them.

The Pros & Cons of Ipsos i-Say

Ipsos i-Say’s website is clean and minimalistic. That’s fitting, considering the site isn’t littered with a bunch of offers or trial downloads; it strictly focuses on surveys. The best part about the usability of this interface is how you know how many points you will get for taking a survey and approximately how long it’ll take.

Ipsos i-Say’s rewards catalog is not bad. Even if you don’t drink Starbucks or shop at Target, you have other choices. You can redeem for an Amazon gift card and pretty much buy anything on Amazon.

PayPal is also a good option for rewards if you just want cash, but it’s surprising that the transfer is not instant. You also have to redeem extra points (for a $15 PayPal, you redeem 1,530 points instead of 1,500) for PayPal. Only use this amount of redemption if none of the other rewards speak to you.

Interestingly enough, the number of points required for PayPal redemption is less as you get into the higher tier. For $100 in PayPal, you’re only required to redeem 9,600 points.

Hard to Qualify for Surveys

Let’s be honest here; while surveys are an easy way to earn a few bucks, they’re not exactly inspiring. So the most you can hope for is to qualify for as many surveys you can and rack up the points as fast as possible.

Except… it’s getting difficult to qualify for surveys on Ipsos i-Say. Some reviews report getting 4 to 8 survey invites per week, which is quite dreamy. Others report not qualifying for any surveys for weeks at a time. That puts a serious cramp on earning points.

Sometimes it’s just a matter of patience because every survey requires different demographics. Other times, the experience is frustrating enough that it might push you to abandon the site altogether. That’s just the way of survey sites.

The user experience on Ipsos i-Say is decent, as mentioned earlier. But clean interface doesn’t compensate for a random problem like this:

This doesn’t hurt anyone and you can move on, but it can be annoying. Other people also frequently report that the list of available surveys isn’t refreshed on the dashboard in a timely manner. This is a big problem if your email inbox isn’t swimming in the sea of survey invites.

There is a mobile app for Ipsos i-Say, but you have to be invited to a specific mobile app survey to use this app. This makes no sense, but the good thing is that the regular website is mobile-ready and displays well on mobile browsers.

You can refer people, but you have to forward the email addresses of the people you want to refer. In other words, if you don’t know people’s emails (quite common in the age of social media), you cannot refer them to Ipsos i-Say. This seems like a poor referral scheme, but it’s available.

Should you join Ipsos i-Say? Is i-Say safe? Is it legit?

Rest assured, Ipsos i-Say does pay you, so its legitimacy shouldn’t be a concern. But that doesn’t mean you should stick with it if you’re not getting a good ROI. Your time is precious and survey sites already pay so little. This is a typical survey website, so you’ll run into typical frustrations that dominate this corner of the web. More often than not, you won’t qualify for surveys. You do get a consolation prize (5 points) for some surveys you attempt to take but don’t qualify for.

People have reported various results when it comes to taking surveys on Ipsos i-Say. Some have reported qualifying for whopping 80% of the surveys. Others struggle to find even one per week they can take. Because your mileage may vary, you should sign up for it and dedicate a few minutes each day to see whether you qualify for any surveys. If you’re not finding a lot of available surveys, it’s important to know you can jump ship. Ipsos i-Say isn’t the only fish in the sea.

If you do decide to stick around with Ipsos i-Say, here are some ways to maximize your experience:

Only take surveys when you know how many points you’ll be awarded and how long it will take you approximately. You don’t want to fill out lengthy surveys only to find out you get a small reward. 45 points for 10 minutes or 90 points for 20 minutes are good measures.

Overall, completing an i-Say survey is solid, but doesn’t seem to have a killer advantage over other survey sites. There are other sites that vary things up with surveys, trial downloads (for products or services), registrations for websites, etc. You’d do well to prioritize the sites that give you the most ways to earn points, and supplement your activities with Ipsos i-Say.

Let Your Voice Be Heard,It’s Time To Speak Up! 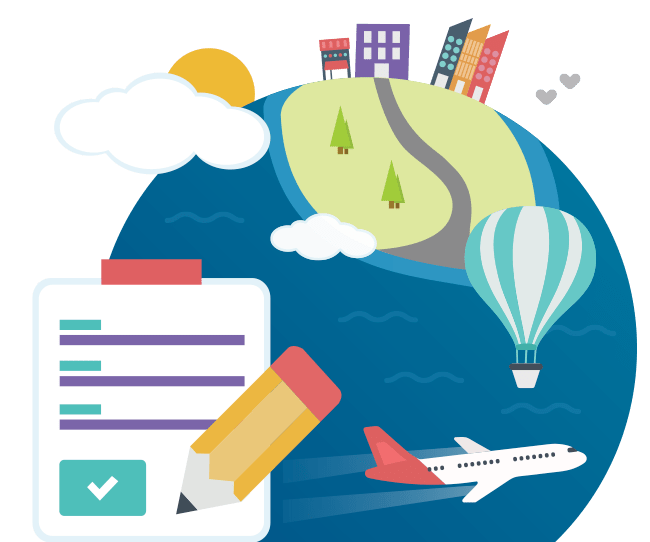 Featured image by OpenClipart-Vectors via Pixabay under CC0 Creative Commons.