Global Test Market Review – Read This Before You Join Up

Global Test Market review – Everything you need to know

Global Test Market is an online-survey panel run by Lightspeed Research (formerly operated by Global Markets Insite (GMI) Inc.). It is a principal investment of WPP Plc. who’s one of the largest advertising and media agencies in the world. The company has been in operation since 1999. If you would like to get started now, click here to join Global Test Market for free, or continue reading for our full review.

In 2004, Global Test Market received accreditation from the Better Business Bureau. They have a variety of survey topics including movies, restaurants, cars and consumer products. It conducts market research for more than 1400 companies across 60 countries. The site is among the largest paid-survey companies in the world with a membership of over 5.5 million people spread across 200 countries.

The key features of Global Test Market’s paneling system include:

For clients, Global Test Market is an attractive channel by which to distribute surveys to participants of all class categories, with specific emphasis on reviews for movies, restaurants, cars and consumer products. Like other survey companies with similar business models, clients’ costs for using Global Test Market will vary depending on the number of questions asked, the number of survey respondents required and any filtering specified.

For participants or users of Global Test Market, membership and access to the website’s services are completely free. Participation of surveys is also free (subject to any qualification or filtering requisites). The relatively prompt payments provided by the site can serve as a nice amount of extra pocket money for active users (can range from as little as $10 to as much as $60 depending on work done).

Global Test Market’s website has enough niche surveys to appeal to different groups and is among the few large-scale paid survey companies to also cater to the 14+ age segment. In terms of internet activity, the website has an Alexa ranking of 2551 with daily visitors of 253,157 and daily pageviews of 1,746,648. As of 2017, they have a global ranking of 2,346.

The Pros of Global Test Market

Global Test Market is one of the world’s largest online panels on the net. Its huge membership of over 5.5 million members is spread in over 200 countries. Additionally, it has a large client base of over 1400 companies across more than 60 countries. They continue to grow every day and even now have a mobile app so you can take surveys on the go.

Registering and participating in the website’s surveys is absolutely free (here’s a direct link to get a free account). Members are rather provided cash payment and other benefits for taking up surveys and other methods as reward for their time invested. 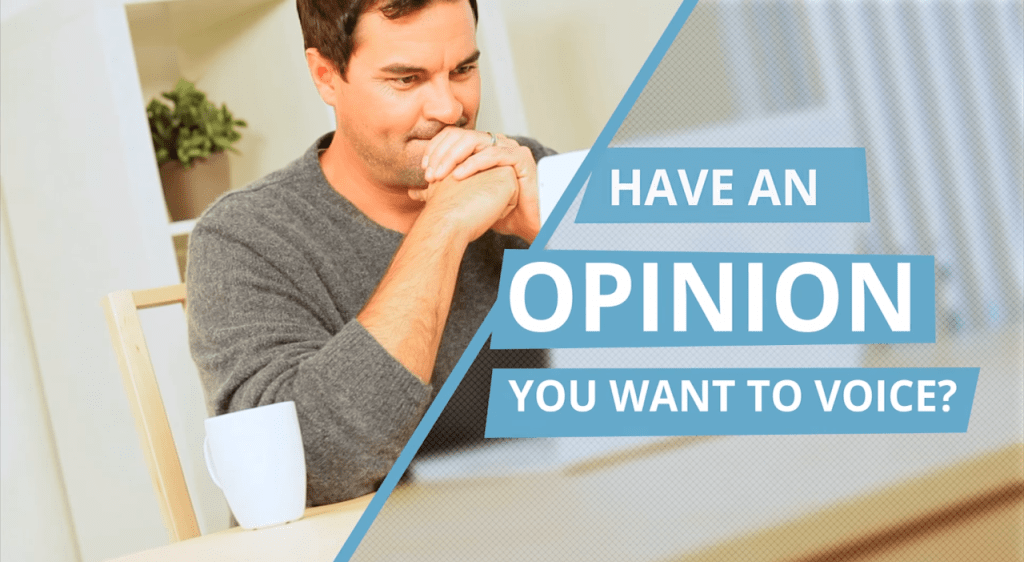 Cash payments are provided after the completion of every survey or other Global Test Market feature. However, payment per survey varies greatly and come with different “Market Points” ranging from 35-250 points (which translates to roughly $1.5 to $1.75 per survey). Additionally, credit is given instantly after every completed survey.

Payment processing takes around 5 weeks (a bit lengthy) but payment is always guaranteed. This goes in contrast to some websites like Toluna which both takes much longer for payments to clear and has caused significant controversy when it comes to actually paying up at all.

Members are automatically eligible for monthly cash drawings and other sweepstakes. In fact some surveys specifically pay out tickets for monthly drawings in place of cash payments. Members can choose to take part in survey categories and topics that actually interest them. For example, users can choose to exclusively focus on taking up surveys relating only to food and restaurants, movies, cars or consumer goods. 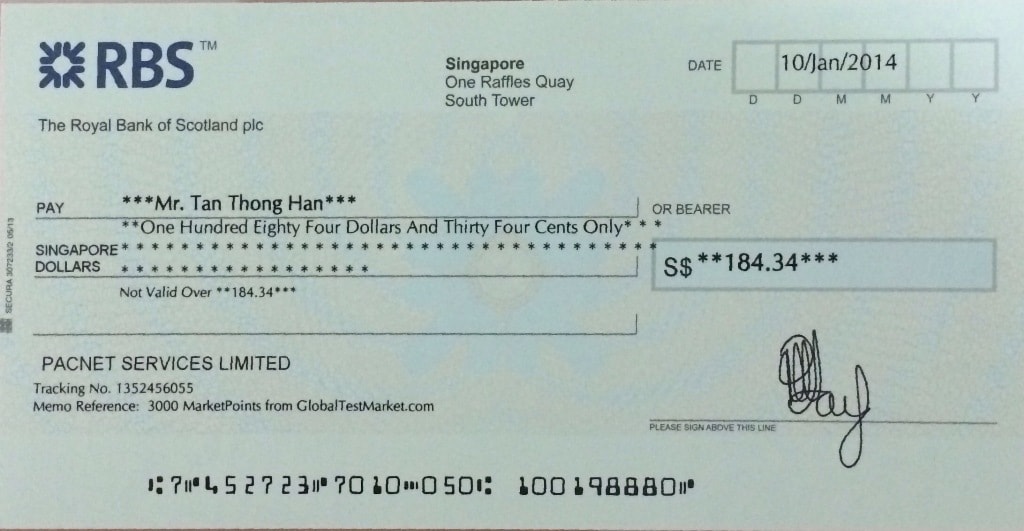 Survey invites are frequent and consistent. The typical user can expect to receive 2-3 emails daily notifying them of recent surveys. Oftentimes, invites are not of the qualified type. For partaking in surveys which are qualified, members are notified early on and receive a nominal amount (around 5 points) for their expended time.

In lieu of cash payments, other methods are also provided – including gift cards (for example, $10, $25 TGIF cards, etc.). These methods of payment are, in fact, very effective because they have awarded over $3 million to worldwide members in the year 2016 alone.

The Cons of Global Test Market

The website, because of its huge membership base, has intense competition. Often times, the users who are first to partake in a survey receive higher percentages (“the early bird gets the worm”). Qualification for some surveys is tough to get into – depending on users’ demographics.

Some users have reported of their inability to get surveys at all in this regard – with a few mentioning how the panel seems to have the greatest number of surveys that many people can qualify for (ranging from 60% to as much as 90% of surveys resulting in disqualification). It can take as long as ten minutes into a survey before a user gets “screened out” of the survey. 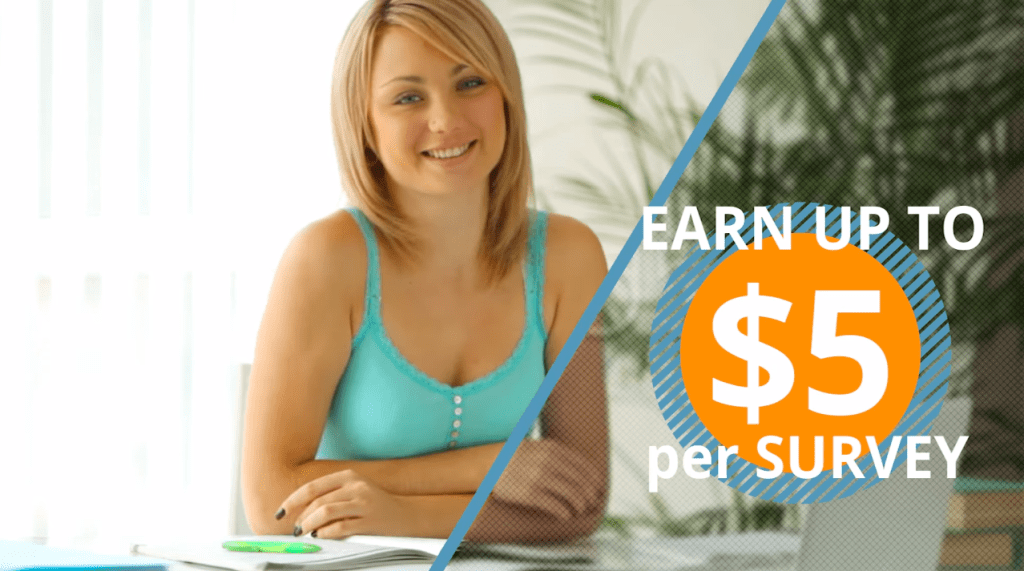 Some commenters have even reported longer waiting times until getting axed. However, unlike other sites, Global Test Market provides a nominal 5 points for the effort. The cash out is a steep $50. Though the points system is more equitable and transparent, the redemption amount is much higher than on other websites (with most having an average of around $10).

For the average user, it can take more than 3-6 months to accumulate the 1100 points necessary which means doing around 20-30 surveys (that’s assuming you have not been screened out of any in the first place). Only a few months ago, Global Test Market increased the minimum threshold from 1000 to 1100 points to further dilute the value and make it harder for users to attain the target.

​Some of Global Test Market’s surveys can only be accessed or run on certain browsers like Internet Explorer, Mozilla Firefox, etc. However, this is not a company-specific issue but affects most other survey panels. Some surveys provide “payments” only in sweepstake entries thereby limiting the opportunity to earn direct cash. This can act as a disincentive for many to avoid such demotivating surveys. For some international users, receiving payments have been very difficult owing to the lengthy 6-8 weeks required for processing.

Government holidays and days off further add to the delays – especially during the fourth quarter (Thanksgiving, Christmas, New Year’s) of the year. A few have even reported about not getting paid at all. Technical errors like glitches or failure to load up screens can cause survey entry data to be erased thereby making any entries into a survey pointless and a waste of time. 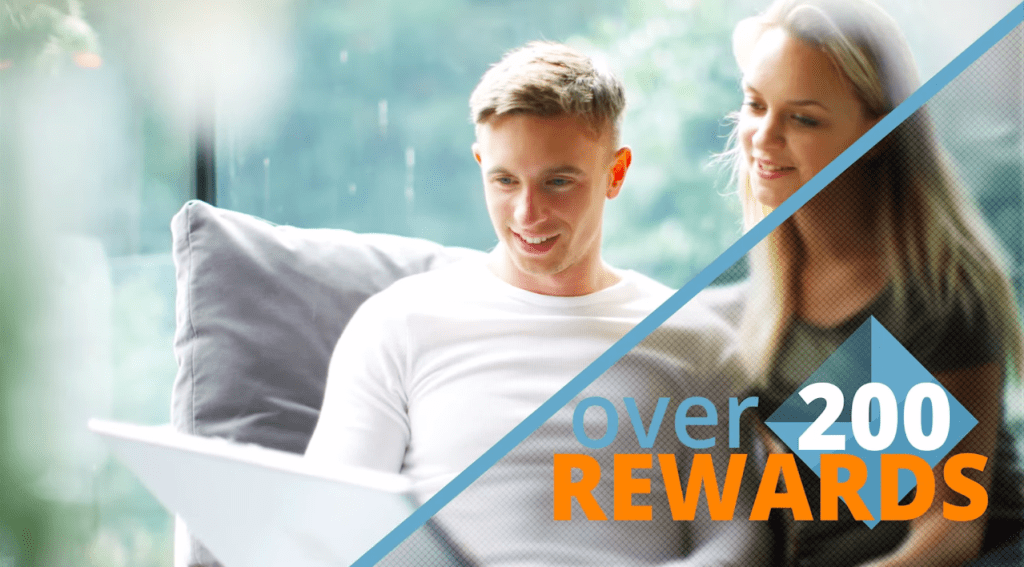 One user has mentioned how the frequency of glitches within the website is 1 out of every 30 surveys which result in forfeiture. At times, customer support can be lacking. Some support staff have been reported to be indifferent and uncaring to participants’ issues. Also, others have reported delays in receiving replies or inadequate suggestions/solutions to their problems. Some users have also reported a total lack of response of their messages.

The website’s apparent shift from a human-based to an auto-generated reply system has seemed to worsen the situation with many more generic responses that have failed to address members’ outstanding problems. A workaround suggested in various boards refers to contacting the parent company directly and letting them know of the situation.

To see a little of the Global Test Market interface take a look at this video:

Yes, they are a legitimate survey site that protects and pays.

MarketPoints are the primary incentive for GTM members. They are awarded upon the completion of a survey and can be redeemed for rewards.

Yes, but it takes 3 years from the date of award, or within 12 months of no account activity.

Why do people choose to join Global Test Market?

People sign up for Global Test Market to enjoy the benefits of taking paid online surveys and earning rewards. It’s legit, and by joining you become a member of the leading online community of worldwide consumers.

As a large paid-survey company owned by an even larger marketing company, Global Test Market has both the economies of scale and scope to deliver on its promises. Overall, the opinion on Global Test Market across various websites is one that’s generally positive and supportive of the company’s operations.

The main criticisms lobbied against Global Test Market are its tough qualifications criteria and difficulties in taking part in surveys and the occasional apathetic and robotic tone of customer support staff than some users have grumbled about. Despite these problems, Global Test Market remains neck and shoulders above many other survey panels for its relative trust, quality surveys and overall timeliness in payments and feedback.

Most of the survey review websites and message boards across the net verify Global Test Market’s generally good reputation. Popular websites like www.getpaidsurveys.com and www.surveypolice.com both have plenty of user comments relating to GTM. The former reports Global Test Market’s overall rating as 4.0 stars out of 5 based on 129 user reviews. Most of the reviews are positive in nature complementing the panel’s timely payments and overall service.

The latter on the other hand, gives Global Test Market a very low mark of about 2.0 out of  based on more than 500 user reviews. Most of the complaints center on the issue of lackluster customer service, the very high redemption/cash-out minimum and problems relating to claiming of rewards. The final remark for this website is that it is indeed truly genuine and, as many users have described it, a “legitimate” panel that tries to serve its users as best as possible.

​Over the years it has expanded and changed ownership which has invariably caused it to lose out in terms of customer intimacy, support and overall popularity. However, the basic formula of relatively timely payments and quality surveys remains. Based on the reviews of other many other users, Global Test Market is definitely one of the better survey panels out there and will not fleece you out of your time like some other notorious websites have done in the past.

Featured image by TeroVesalainen via Pixabay under CC0 Creative Commons.