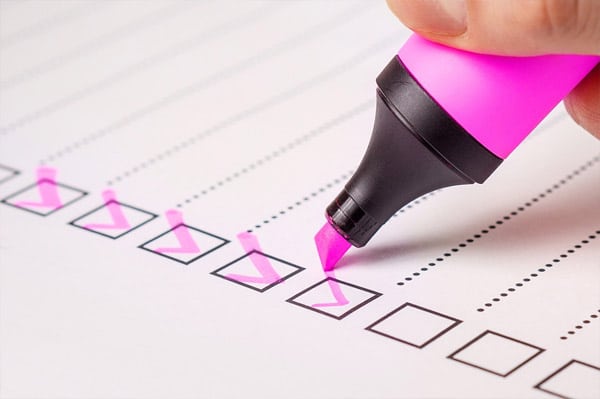 Imagine spending less time working and more time with your loved ones. How so, you ask? Well, you can join a survey site, like American Consumer Opinion, to have your voice heard and make some money at the same time.

Simply taking surveys, getting your opinions heard, and making money?

That all sounds fantastic, but how realistic is it? Is American Consumer Opinion a legitimate way to make money, or is it another one of those scams?

What Is American Consumer Opinion?

American Consumer Opinion is one of many websites where you can get paid to take surveys. Companies want to know how consumers feel about their products or services.

Thanks to that demand, American Consumer Opinion is one of many companies that allow you to take surveys from home. You can get paid for answering questions about the products you love.

But with that demand for surveys comes some scams. Of course, there are plenty of legitimate survey websites.

However, let’s focus on one. Let’s focus on American Consumer Opinion and whether it’s legitimate or a total scam.

As with other survey sites, you need to create an account with American Consumer Opinion. You can sign up for free, and the process doesn’t take very long.

Once you sign up, you can start taking surveys from anywhere as long as you have an internet connection. You will be able to participate in multiple studies each year. The average survey takes about 10 minutes, and many of them have easy questions.

You can also expect to receive a “screener” about once a month. These surveys are shorter than others, and they can help match you with the right surveys for you.

As you complete surveys, your personal information will stay anonymous. Your answers will be part of a pool of responses.

Before you get your whole family to sign up, you should know that American Consumer Opinion only allows one member per household.

After you start completing surveys, it’s time to get paid. After all, that’s probably why you signed up to take surveys in the first place.

With American Consumer Opinion, payment isn’t as simple as dollars and cents. Each survey you complete is worth a certain number of points. Most surveys pay about 5 to 50 points.

As you take more and more surveys, your points will add up in your Member Account. Once you reach 1,000 points, you can cash out.

Now, points aren’t part of our traditional currency, so we have to convert those points to real money. Each point is equivalent to one cent. So that means the threshold of 1,000 points gets you $10.

American Consumer Opinion offers multiple ways for you to redeem your points. The first, and probably the most common method, is with PayPal.

You can also get your money through a platform called Hyperwallet. Hyperwallet is available in over 170 countries and 150 currencies. One downside to using this method is that it can take weeks to receive your money.

Another way you can redeem your points is by entering sweepstakes. This is an excellent option if you see a prize you want because you don’t always need the full 1,000 points to participate. However, you don’t get your points back if you lose.

Finally, if you’re feeling philanthropic, you can redeem your points as a charity donation. Unfortunately, you can’t donate to just any charity. Instead, you have to choose from their list.

If you’ve never looked into or participated in survey sites, they can be confusing. Many of these sites offer the promise of an easy way to make money from home.

But some of these sites are scams, and others just aren’t worth your time. American Consumer Opinion has some great things going for it, but it’s very similar to other survey sites on the internet.

Some survey websites promise you the chance to earn some serious cash from home. Other sites simply promote the ability to share your opinions and be heard.

So where does American Consumer Opinion lie on this spectrum?

They claim you can participate in multiple studies per year. You can get paid 100 to 5,000 points per survey or research project you do. Longer surveys and projects pay more.

American Consumer Opinion also equates completing surveys to voting for elected officials. They say you have the chance to vote on products and services that you want to see in the future.

It should come as no surprise that some surveys are targeted at a particular group of people. One survey might want the opinions of new moms. Another might prefer to hear from older adults near retirement.

While that’s excellent for companies sending these surveys, it does mean that there are tons of surveys you won’t qualify for.

If you don’t fit the demographics they need for any of their surveys, you won’t make any money. So it can take quite some time before you reach the cash out threshold.

If you decide to join American Consumer Opinion, we say go for it. It can be an easy way to earn some extra money. But that’s just it, extra.

Let’s run some numbers. On their homepage, American Consumer Opinion reports that they’ve paid out $30,146,855. They have 7,042,219 members, and those members have taken over 20 million surveys.

With those statistics, the average member has taken about three surveys. And each member has earned an average of about $4.28. That’s not even half of the cash out threshold.

So while it might fuel your coffee habit, it won’t replace your day job.

Perhaps you’re really intrigued by survey sites. You might need some extra money but don’t want to leave the house. We get it.

If you decide to make survey sites your side hustle, you have to go about it correctly. Here are some things you can do to increase your chances of qualifying for more surveys.

Of course, you want to avoid scams. Luckily, there are quite a few legitimate survey sites on the internet. We think American Consumer Opinion is an excellent site to start with.

You can also look for other survey sites. If American Consumer Opinion isn’t for you, there’s probably a site that will work for you and your life.

Just make sure you do your research before you sign up for a survey site.

We mentioned this a bit when talking about American Consumer Opinion. However, with any survey site, don’t expect to qualify for every survey.

Be prepared to look for surveys or even fill out a qualifying survey only to be told you can’t continue. While the world of surveys is a legitimate business, it can be very selective.

And if you don’t qualify, you can’t blame anyone. Not the company. And certainly not yourself.

One way to handle the rejection you’ll probably face is to join multiple survey sites. Sure, you might be rejected from more surveys. But you’ll have the chance to qualify for more surveys than if you only used one site.

Another way to make money with survey sites is to see if they offer an affiliate program. If you already have a following on social media, you can promote your affiliate link to your followers.

Of course, you should only promote sites that you’ve used. But if you just can’t seem to qualify for enough surveys, an affiliate link is a great way to bolster your income.

Is American Consumer Opinion a Scam?

No, American Consumer Opinion is not a scam. It’s an easy way to make some extra cash from your couch.

However, it’s not a replacement for your current job. It can be hard to qualify for surveys, and there just aren’t enough surveys to go around. After looking at the numbers, the average number of surveys per user is three.

That’s not super encouraging if you want to make serious money taking surveys.

So while you might not make millions, it is an excellent way to share your opinion on products and services and earn some extra cash.

Have you used American Consumer Opinion? If so, what was your experience? If not, would you try it? Leave your thoughts in the comments!