A Comprehensive YNAB Review: A Partner For Financial Planning 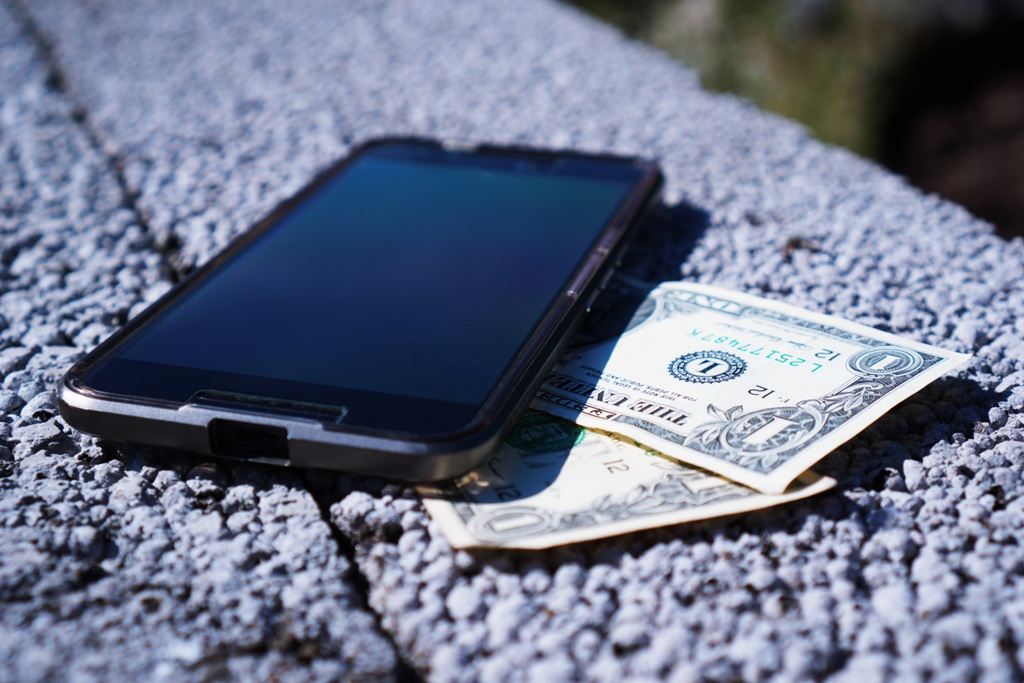 YNAB, which stands for “You Need a Budget,” is one of the most popular options on the market when it comes to personal budgeting software. If you’ve tried other budget options and found that the software doesn’t provide what you need, we’re here to provide information on what YNAB is all about. You can read our YNAB review to determine if it is the right product to meet your needs.

The Basics of YNAB

YNAB began as a project for a married couple, Jessie and Julie, who needed a solution for managing their finances in college. The project consisted of a four-point system for easier budgeting, and it ended up working better than anyone could have imagined. That led to the company being born to give other people a budgeting option that wasn’t the same as every other option on the market. YNAB has been an official company since 2004 and has grown by leaps and bounds.

When you use YNAB, there are four rules that reshape the way you budget and spend money. The first thing you do is determine what money is spent on as soon as it comes in. This can be helpful since many people do a little spending here and there without even thinking about it. You assign your money to categories like rent, entertainment, and bills. This lets you know exactly how much money you have for different things.

Rule One – Give Every Dollar a Job

The idea here is that every dollar that comes in is placed on your budget and given a job to do. If you get paid more than you expected, you can easily see what bills are due soon so you can make educated decisions about how to spend your money. Knowing what every dollar is being used for can drop your stress level and put you on the road toward financial responsibility.

Rule Two – Save for a Rainy Day

The unexpected happens, and it tends to do so at the worst moments. YNAB has your back here with rule two. This is all about having some money set aside for when emergencies come up. If you need to pay for car repairs or go on a vacation, it can be a stressful situation. To remove that anxiety, YNAB promotes adding money to your savings just as you would pay your bills each month. Even saving one hundred dollars a month can make a situation like this less painful.

Rule Three – Roll with the Punches

If you know anything about boxing, rolling with the punches is a term you probably already know. It means dipping and diving in the direction that provides the best potential for winning. The same thing applies to YNAB, other than the actual physical violence. You should have a budget that is flexible and be able to address overspending when it occurs. Maybe you have a budget of fifty bucks for gasoline, but the price goes up, and you end up paying seventy five bucks. Rather than being lost on where to take that money from, you go into another budget area and remove it from that. That might mean you don’t buy a video game this month, but you’re covered on transportation.

Essentially, YNAB pushes you to spend the money that you earned last month on the expenses of this month. You don’t have to stress about where the car payment or grocery money is coming from. It’s already there. In the best situation, you would always be using money that has been in your account for a month or more. This stops the stress of waiting on paychecks and hoping you can pay everything on time, because the money is there waiting. 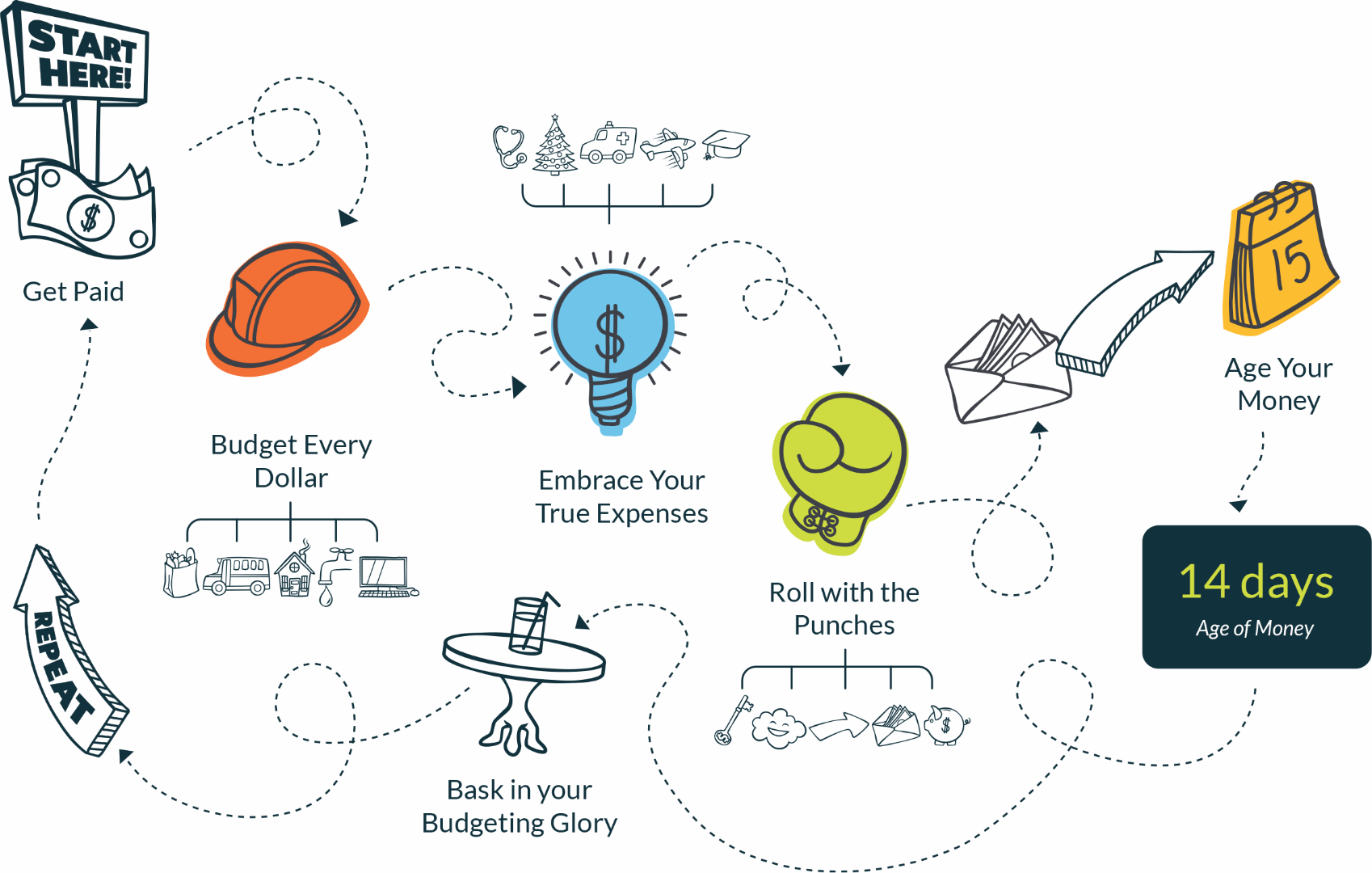 YNAB has dozens of features that make it a robust budgeting option. It’s also available on the Internet, iOS, Android, and Apple watches. That makes it convenient no matter how you prefer to use it. We’re going to go over some of the most commonly used features to give you an idea of what you can expect. 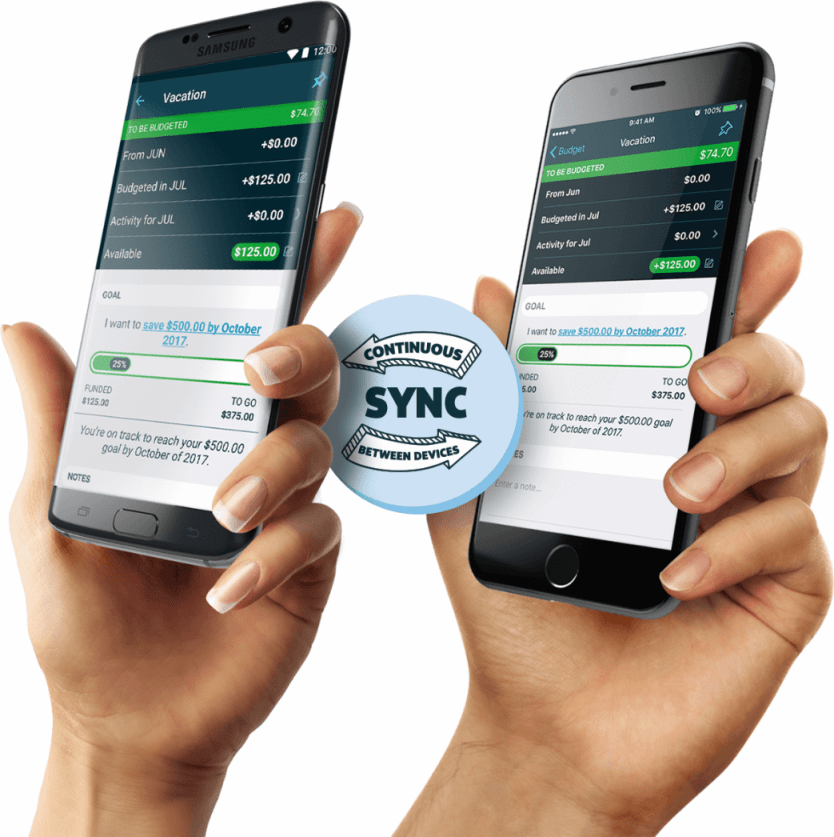 When using YNAB, all your information is kept secure and encrypted at all times. The security methods used are the same types that are in place for other financial software products according to industry protocol. The one downside we could find regarding security methods is that multi-factor identification is not available at this time. Likely part of the reason behind that is to keep the app convenient, since typing in a code each time you want to enter a transaction would be frustrating.

YNAB is fantastic for keeping you on a budget as well as keeping you within categories, but it goes beyond that. The application also allows you to set specific goals that you want to reach. You can choose to set a goal to save a certain amount of money, pay down debt, or spend a certain amount. Each month, YNAB will remind you of the goal. This is a great feature for anyone who has debt or is saving for an expensive product or service.

While this hasn’t always been the case, YNAB now allows you to search through your transactions. You can search by the payee, category, account, or even search for words you placed in the memo line. Not every budget app has this capability, but it makes those that do that much better. Nobody wants to spend time weeding through every transaction to find something if there is a simpler option.

Most people know how easy it is to run into Target or Walmart for a gallon of milk and walk out with a dozen different items. They may not all be groceries, so placing them all in that category isn’t helpful. When this happens, YNAB lets you split up the transaction into different categories. You can put the bread and milk under “groceries” and the new jacket under “clothing” while keeping it one transaction.

YNAB might not be the best option for those with investment accounts as syncing them and updating based on stock prices doesn’t work well. However, for the personal budget, syncing bank accounts and credit cards couldn’t be easier. Some people prefer to type in transactions manually, but others appreciate having it go in automatically. In either case, you’re good to go.

YNAB is based on something called zero-based budgeting, which is similar to the envelope system made popular by Dave Ramsey. The first step in YNAB is to customize your categories. There are category groups and then categories underneath as subgroup. The groups let you place categories that are similar in one place. This makes it easier to see what’s going on at a glance.

After you have categories set up the way you would like, there are a few steps that should take place. The first thing you want to do is enter any income in under “to be budgeted.” After doing this, you will see a large green box showing how much money is available to be budgeted. The next step is to tell the system where that money should be placed. Once you assign money to a category, the balance will turn green. That means you have that amount of money left for the month.

As you spend money, you will then tell your transactions where to go. At any point in the month when your budget changes, all you have to do is redistribute the money to fit the new requirements. That’s the long and short of it.

The way YNAB works is by stopping the paycheck to paycheck cycle. One of the ways that happens is by having an “Age of Money” area in the top of the screen. Basically, it looks at when you say you are paid and when that money is used. If you get paid and then spend it all that day, your age of money is going to read zero. On the other hand, if you are paid, and that money isn’t touched for two weeks, the number will read 14. The idea is to get that number to 30 days, which means you have money from a month ago paying your bills this month.

Unlike some budgeting apps, like Mint, YNAB is not free. However, you can enjoy a free trial that lasts 34 days. That means you can enjoy the program for a month while you determine whether it fits your needs. After the trial period, YNAB costs seven dollars a month, which is billed annually at around eight four dollars. Don’t worry though; there is a 100% money back guarantee if you feel the software isn’t helping you.

For any students out there, you qualify for the 34-day trial, but you also qualify for a free year of YNAB use. All you have to do is send in a photo with proof of enrollment to activate the free year of the software. If you stick around beyond the first year, you’ll also be qualified for a 10% discount on the next year.

First, we want to look at some of the things that make YNAB a fantastic choice for budgeting. We also

consider a few of the cons that might make the software less than perfect for some users.

All in all, YNAB is an exemplary budgeting tool that many people can use to fulfill their financial needs. It may not do everything other financial software does, but it does budgeting and does it well. Anyone who is looking for a new way to budget and stop living paycheck to paycheck would likely be well-served by the product and its many outstanding features.