ProOpinion Review – Is It Worth It?

ProOpinion Review – Is It Worth It?

What Is ProOpinion and How Does It Work?

ProOpinion is part of a company based in the U.S. called Survey Sampling International.   It’s a marketing research company, which means that it is paid by affiliates to find out which products do the best, or what people think about projects.  In other words, they dish out surveys to certain demographics.

ProOpinion is a pretty standard survey website.  What you do is you go to their website and sign up using your email and name.  I know, what a shocker that is.  Once you get on the home page, you are directed to a page where you enter your email, date of birth, password, and other things.  Essentially you begin making the account here.  One you’re in, emails will begin to be emailed to you.  The signup is apparently horribly long and strung out, but it’s extremely important that you fill out your signup demographic extremely well. 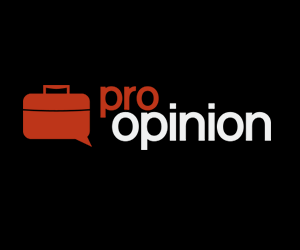 The payout is one of the things that ProOpinion is lacking in.  To start, the pay for each of the the surveys isn’t that good.  You can occasionally have to do a 20 minute survey for $1!  On top of this, there’s generally been a problem with obtaining the surveys.  My demographic isn’t that favorable: I’m a Caucasian 19 year old with a dad bod.  Winner!

Not too good for what a lot of companies are looking for.

What this means is that I’ll be screened out of a lot of surveys.  Which will make it pretty hard to get to a 1,000 point, or $10 cash out limit, and makes it so eventually a lot of people will just kinda give up.

I don’t know if this is purposeful, but it makes me a little mad.

There’s several different ways that you can have the cash out.  It varies from a direct PayPal transaction (yay, cash!).  There are also different gift cards that are able to be dished out.

Also, there seems to be a tendency for the company to suspend customer’s accounts as soon as they reach the cash out limit.  This happens with an alarming frequency, and any attempts to reinstate your account result in no action being taken.

Using ProOpinion does not pay enough for it to be a full time job.  There are occasionally reviews that state they are making hundreds of dollars in only a few days, but one has to wonder how true these reviews are and, given the point system, are very likely exaggerated, if not completely fabricated.

In my Opinion, it’s not even good enough to use.  There are a multitude of complaints with ProOpinion, ranging from customer service, to the overall payout.  Many of the online reviews point out having to contact customer service for a range of problems.  They then run into ProOpinion trying to dodge their questions, either not responding at all, or being just generally unhelpful.

However, one of the biggest problems with ProOpinion is the inability to get paid.  It seemed that the ability to get paid was little, and far in between payments.  The most common complaint was a customer would earn enough to cash out, and when they went to cash out, their account would be suspended with no reason given.

Overall, ProOpinion is not worth it and, in my opinion, walks the line of being a scam.  They seem to conveniently delete your account when you reach the payout limit, and then don’t answer any customer service inquiries.

The payment is also incredibly spotty and low.  As said earlier, there really isn’t a minimum limit, and the ability to go get paid for being screened out is negligible.

In conclusion, ProOpinion is quite near being a scam, and doesn’t pay worth near anything, and is most definitely not worth the time.

If you want to see our most favored survey site, check out Swagbucks!