Since 1997, OpinionSite has been working to collect information from consumers – but how good is this company? There are a lot of duds in the paid opinion market, so we decided to do an in-depth Opinionsite review to help you decide whether or not this company is worth your time.

Opinionsite is a paid survey company that offers rewards for signing up and guiding companies that are doing market research -and this is where we hit our first problem with the company. The public part of their website contains almost no information. It doesn’t state their full business name, their address, contact email, or a phone number.

Furthermore, the site doesn’t state what kinds of rewards you can earn or what the general thresholds are. This is an absurdly small amount of information for an opinion company to provide, so we decided to dig a little deeper. Eventually, we found the owner listed in their Privacy Policy as Universal Survey Center, Inc. (USC) – and that was enough to start bringing up enough information.

Unfortunately, we couldn’t find an actual homepage for the company, which is a red flag in today’s society – especially when they do work on the Internet. An even bigger red flag? Google reported the company’s apparent central location in New York City as ‘Permanently Closed,’ though it may have reopened since. That said, the website is still up, so it’s possible the company has moved to a focus on digital activities.

Despite the generally unprofessional lack of official information, we were able to pull together a few details. First, USC is also known for conducting surveys by phone and operated at least one call center (apparently the New York City location). Indeed.com rates the company 2.6/5 after 99 reviews.

Frequent comments among the reviews include things like irregular hours, minimal pay, a dirty facility, and even a few notes on fights breaking out inside the call center. It’s not clear how much that affects the company’s digital operations, but when a parent company has this many problems, it’s usually better to stay away.

We also looked for reviews of the company on Yelp – and each of the twelve reviews was 1/5. The thing that impressed us the most is that this company is still in business, because there are no positive reviews from 2013 to 2017, and no reviews at all from 2018. Employees who worked for them describe it as soul-crushing, outright breaking the law, and in one case even called someone back for rehiring, only to tell them they weren’t eligible.

Think it can’t get any weirder? We didn’t – but we eventually managed to find access to the healthcare community’s side of things. While it’s doing business as Universal Survey Center, Inc., the About Us page on the healthcare side also says the company is a subsidiary of Survey Healthcare (SHC), and there’s more information about them than USC. 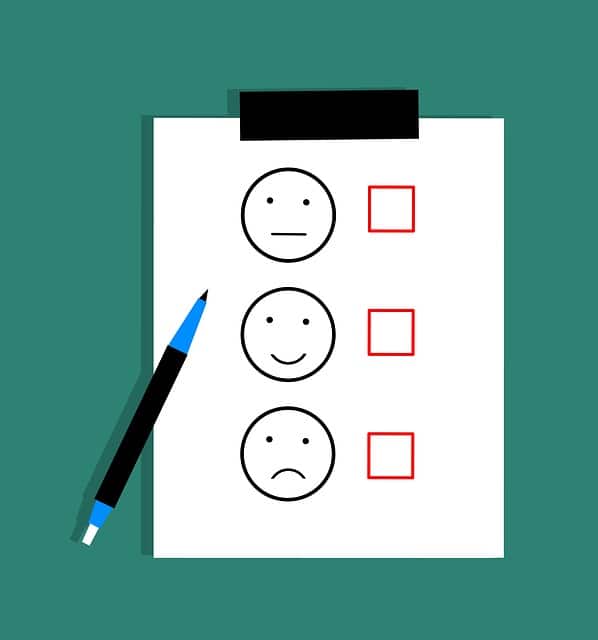 Our team hesitated at this point, wondering if the call center called “Universal Survey Company” was a separate company unrelated to Opinionsite. We were confident before, but we wanted to investigate this further – how embarrassing would it be to talk so negatively about their ownership but end up referring to the wrong company? You’d doubt all of our other reviews, and rightfully so.

We ultimately checked links from both Yelp and an unofficial Facebook page, both of which were definitely for the call center. The URL provided on each of these pages redirected us to Survey Healthcare.

This is the single strangest situation our team has ever seen. Opinionsite itself says that it’s owned and run by two different companies, and we can’t find any evidence that one is a subsidiary of the other, despite the redirections and URLs from multiple review sites all pointing from the call center to Survey Healthcare. That said, backing from a bigger company might explain how the call center remains in operation – it may be an attempt to keep costs down.

We debated on whether or not to end the review right here – our team was already convinced that this company is best avoided. Still, we pride ourselves on providing in-depth analyses of companies even when we don’t like them, so we decided to continue and create our full report.

Opinionsite works the same way most online survey companies work. You get started by signing up for their opinion panel. In a departure from the way most panels operate, Opinionsite is split into two sections – the Consumer Community and the Healthcare Professional Community. These are precisely what their names suggest – and they influence which surveys you may be eligible for.

We suspect that the consumer community gets more surveys than the healthcare group, but Opinionsite doesn’t provide any statistical information to confirm this one way or the other. Still, if you decide to sign up, you already know which of them to click on.

Once you’ve signed up, you’ll get a confirmation email that functions as part of a “Double Opt-in” system to ensure you’re the one who requested the signup. Once you’re in, you’ll be asked to complete a member profile. This will ask questions like your age, gender, zip code, income, and for those on the medical side, data on your medical specialty, professional activities, and so on.

Most of this information is used to determine whether or not you qualify for a particular survey. Like most survey sites, Opinionsite doesn’t want to send you a study unless you match the client’s criteria. They may also require you to verify your medical knowledge and prove that you have the education you claim. As with all opinion sites, falsifying information is grounds for dismissal (and, potentially, a report to the authorities).

Furthermore, Opinionsite treats all information you transmit as non-confidential and nonproprietary, except to the extent required by its Privacy Notice. This means they can (and probably will) reproduce, disclose, transfer, and generally sell your information. They may even use any ideas you come up with, and will not owe you any compensation, regardless of the purpose they use it for.

Thus, when asking yourself “Is Opinionsite safe?”, you should consider their evident willingness to take and use your data for any purpose they want. That says it all.

The primary way to earn rewards with Opinionsite is by completing surveys that they send to you on whatever basis matches your demographic information. Some demographics are inherently more popular than others (especially those considered major consumer groups), so there is no guarantee of equal access to surveys or chances to win.

When you finish a survey, you’ll earn rewards points that you can redeem through the Opinionsite system. According to their policies, rewards points should show up in your account as soon as you complete a survey. As usual, they have no value outside the system unless it’s required by law.

What You Can Earn

We could not find any information on what you can earn on the official site. Opinionsite only allows members of each community to see the rewards that are available, including the thresholds for access. Still, we’re always determined to provide as much information as possible, so we looked around for other reviews of this company to see if anyone had a reliable report.

On one of these sites, we saw notes that Opinionsite pays out in Cash (via checks), Amazon Gift Cards, iTunes gift cards, and Walmart gift cards. If true, this is a good spread of choices for cashing out, and it’s one of the better spreads we’ve seen. It doesn’t make up for the bizarre ownership setup or the lack of transparency on their website, but these are good rewards for an opinion site to offer. 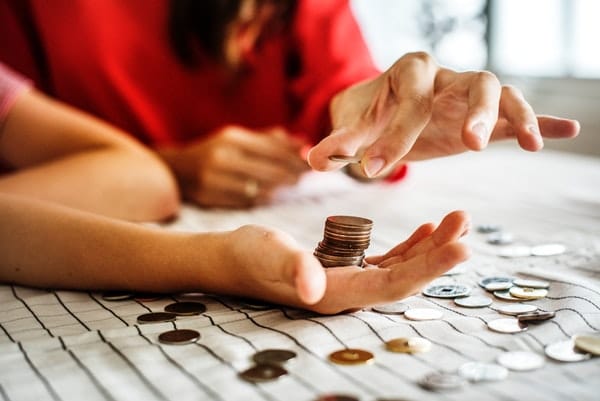 Our team judges rewards based on how easy they are to use. Cash is always useful, but most people can easily find something to buy at major retailers like Amazon, or on major digital stores like iTunes. We don’tlike rewards that are too limited, such as gift cards for local restaurant chains that most users will never visit. (Some sites focus their rewards on those, and they’re awful.)

We could not find information on whether these are the only rewards available – it’s possible there are more.

On the bright side, we did find a note on Opinionsite’s points setup. Redeeming points requires a minimum of 14,000 points within the system, which are worth $10. The only reason to require that many points is to make it sound like each survey is worth a lot when – more likely – they aren’t.

Some public review sites had comments from staff members working to resolve problems with payouts. One of these comments claimed that Opinionsite processes thousands of payments and rewards each week. There is no objective way to verify this – it could be true, but it could also be a ploy to make people think they’re busier than they are.

Here’s a quick review of the pros and cons of Opinionsite.

This is the most crucial question here. Queries like “Is Opinionsite a scam?” and “Is Opinionsite legit?” are some of the questions we’re asked most often by people in the community, and our team feels that Opinionsite is probably a scam. There are a few reasons for this.

First, their website and apparent ownership structure are just plain weird – and it’s apparently being run by a business with a truly awful reputation. Survey Healthcare itself has a better reputation across the web, but despite some involvement, they’re not the ones doing everything.

We also read many Opinionsite reviews citing problems with customer service – mainly getting paid. That problem is endemic to scam-style survey sites, and it’s one of the biggest red flags you can find. Aside from that, we found reviews complaining about poor consolation rates (50 points out of a minimum 14,000) for a lot of reviews that should have been easier to determine qualified people for.

Finally, we didn’t like the way the terms of service essentially said Opinionsite can take any information you give them and use it for any purpose. Some people reported long qualifying sessions – but Opinionsite can keep the data entered there and use it anyway, even if you’re disqualified from completing the survey. There were more than a few complaints about disqualifications.

When we look at all of this together, Opinionsite looks more like an abusive company than one dedicated to providing the best experience for both panelists and clients. We’re not 100% sure that it’s a scam, but there are too many red flags.

No. Opinionsite has too many problems for us to recommend it. Between data problems, lack of transparency, difficulty getting paid, and too many surveys that disqualify you after asking a lot of questions, we don’t believe this site is worth your time.

Even if it’s not as bad in practice as it looks on the surface, it’s not doing well enough at a time where we demand better behavior from opinion companies. Avoid Opinionsite – the rewards just aren’t worth the hassle.